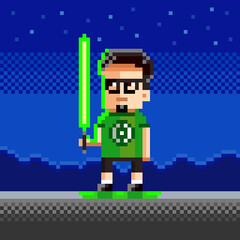 Hello there! I'm JB Casacop, a professional freelance illustrator who’s been working in the games industry for more than a decade. Nowadays, I'm mostly creating illustrations for various tabletop games. When I'm not painting, I take time to explore 3D printing and martial arts. I also teach art classes on a part-time basis. If you have any inquiries, I'm just an email away! :-)